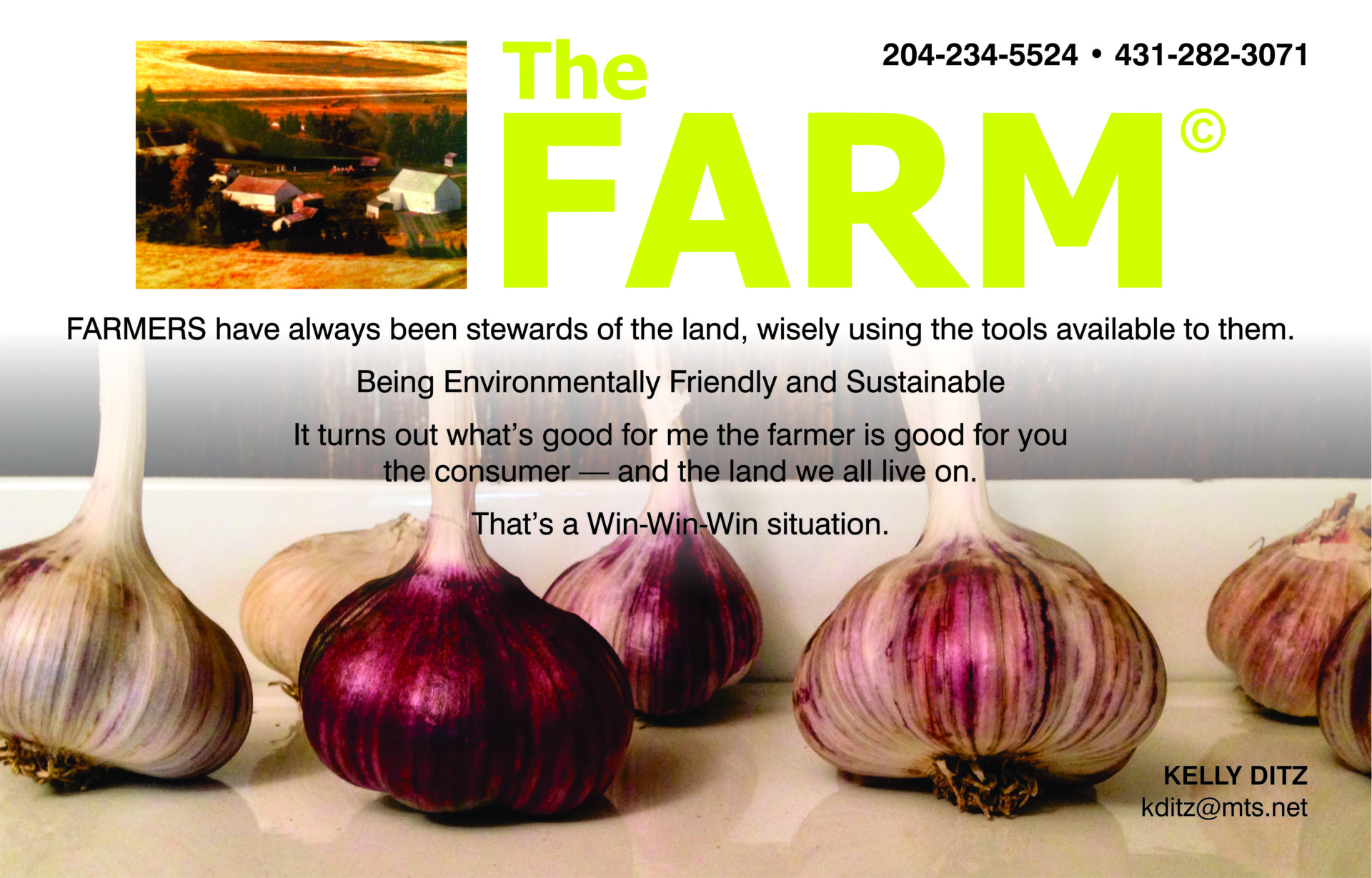 The roots of “THE FARM” begin as far back as 1906, when Pawlo (Paul) Ditz and Maryna (Sytynk) decided to immigrate to Canada. They left their beloved village Soroka in Husiatyn, a district of the province of Halychyna in Western Ukraine. They travelled many miles by wagon to Ternopol, Ukraine, then by train to Hamburg, Germany. After 18 days on a stormy rough sea, they landed in Halifax. The couple preceded to Manitoba, where they were met by Michael Sytynk, Maryna’s father. They stayed in his home, eight miles northeast of Oakburn, where “THE FARM” officially began as a homestead. It continues to produce a bounty of vegetables every year under the Ditz name, now owned and operated by Paul and Maryna’s grandson, Kelly.

On several occasions, while Kelly was preparing to leave Winnipeg and visit his family’s homestead for a few days, he would be asked by a friend where he was going. Kelly’s reply was always “THE FARM” – since then, the name has been imprinted on the third-generation piece of land. For Kelly, producing food using only organic methods come second nature. Having grown up on “THE FARM”, Kelly is very familiar with the 227 acres of the soil that surrounds his family’s homestead. The land which has grown alfalfa, barley, canola, oats, peas, wheat and vegetables has always been grown organically. Kelly understands and appreciates the value of organic farming as he has served on the Manitoba Organic Alliance (MOA) for two years.

Kelly uses environmentally friendly and sustainable practices. This involves the saving of seeds from past healthy and natural plants for next year’s crop. He continues to produce and sell a wide variety of vegetables every growing season that he sells to a variety of customers in Winnipeg and the surrounding area of “THE FARM”.