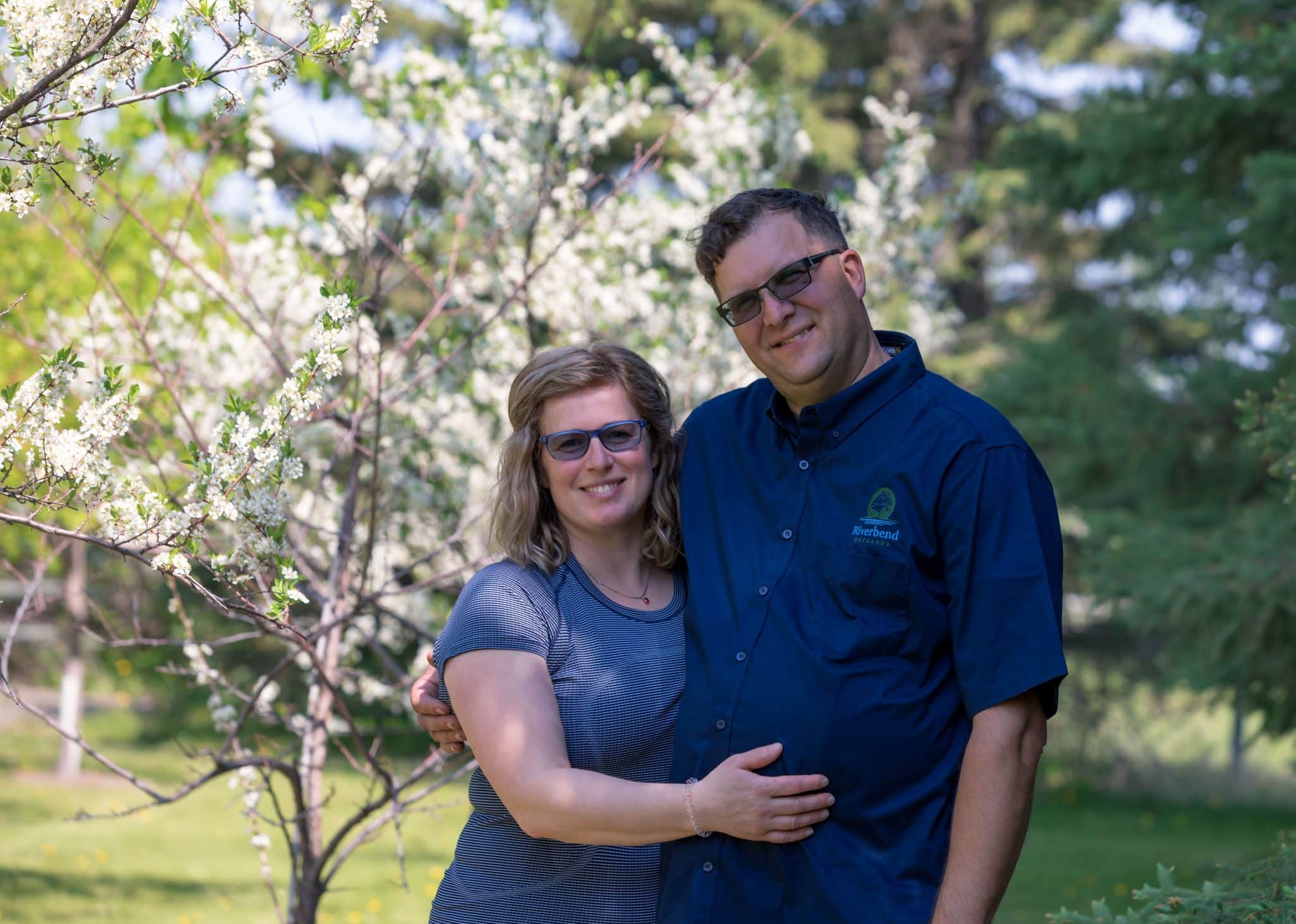 Riverbend Orchards Inc. was founded in spring of 2009 when Philip and Karen Ronald purchased Linden’s B B Farm, founded by the late Bill Linden and his wife Marie. The Ronald’s have continued the tradition of providing locally grown fruit for consumers in southern Manitoba.

Our orchards are planted on 20 acres of fertile, river bottom soil at the south side of Portage la Prairie. We are conveniently located at 100 Old Bridge Road within city limits. Our country store is open 6 days a week in July and features a selection of jams made from our fruit as well as Saskatoon pies and apple cider. These items can also be picked up in the off-season by appointment.

Each year fruit picking commences in late June with haskap (honeyberries), followed by saskatoons (early July) and gooseberries (mid-July), then cherries in late July. Cranberries, plums and apples are expected in late August. Customers can choose to pick their own fruit or buy pre-picked fruit from our coolers. Pre-picked fruit is available fresh in July and frozen for a longer period into the fall.

Riverbend Orchards is also a licensed propagator of haskap cultivars developed at the University of Saskatchewan. Plants of Aurora, Honey Bee, Boreal Beauty and Boreal Beast can be purchased at our greenhouse during the growing season.